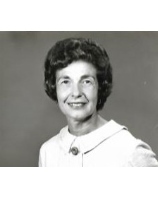 Mr. Jones was a hotel manager and the family moved quite frequently when Peanut was a child. When the family moved to Osceola in 1934, Whidden's father ran the Arcade Hotel, which later became the Brahman Hotel, in downtown Kissimmee. She graduated from Osceola High School in 1940 where she was a cheerleader for all four years and that is where she met her future husband who was a football player.

Peanut married Robert “Cobb” Whidden, later having two sons’ together, Robert (Butch) and Bill Whidden. During WWII, she worked at the U.S. Army Air Corps  Air Transport Command at Morrison Field  in Palm Beach while Cobb was away serving in the US Navy. After her husband was discharged, they resided in Kissimmee, Florida where she worked at the Makinson’s Hardware Store and Leda Ingram’s clothing store in Downtown Kissimmee. She also was known to many in the county for her years working  at The Clothes Tree and Ridenours where she provided guidance for most of the women and young ladies of the county. Most of Peanut’s Sundays were reserved for Church at First United Methodist Church of Kissimmee where she sang in the choir alongside her sister in law Gwen Murphy. Peanut was a charter member of the Beta Sigma Phi Sorority which was organized in Osceola County in 1948 with 10 members and was later named "First Lady of Osceola County" by the sorority in 1998.